A meticulous and enjoyable explanation, assembly and running of the system by [youtuuba]. There isn’t much detail missed. Thanks P. for making this documentary and sharing your thoughts!

Before refurbishing his cat house, the 8-Bit Guy made time to do an episode on our kit.  Needless to say this we think this is his best episode ever 🙂 . Approaching 300,000 views so far, but 100 of these must be our own reloads. Thank you David and we’ll get you an updated Snake later that doesn’t require color vision.

The video shows how an Arduino can be hooked up and pretend to be an ASCII keyboard. No EPROM change is needed. After powering the Arduino, it takes over control by resetting the Gigatron, navigating the menu and starting Loader. It fakes game controller signals to do that. Then it pushes a tiny precompiled Terminal program into the RAM. From there on, it sends simple ASCII codes which the board dutifully displays. This is step 1 towards interacting with the system for direct hacking.

The source code for the sketch is in GitHub. Hookup is with 4 male-to-female jumper wires, as explained on the Tutorials page.

Edit: The Arduino in turn can interface with a keyboard. Here an example with a PS/2 keyboard, using a standard library to handle the protocol.

The Arduino is a bit of an overkill here. A simple ATtiny85 will do the job just as well. 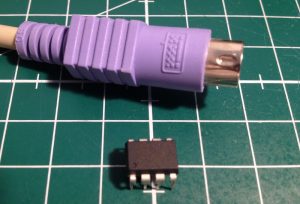 Double good news today. The first good news is that we will be speaking about Gigatron at the upcoming Hackaday conference on May 26 in Belgrade. We’re super excited that our talk was accepted, and hopefully this event is a chance to meet with many of you. The second and even greater news is that our supplier has sorted out their delivery issue. We reported about that hiccup earlier this month. This means that now we’ve all parts in-house for a first batch of kits. Gigatron is ready to ship, and we’re open to take orders! 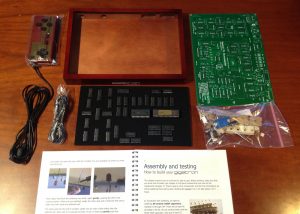 Ordering details under “Get One!”

With ROM v1 done and arrival of the last kit parts confirmed for this week (yeah), now is the time for chores. The syntax I used for writing the apps has some rough ends. It was grown bottom-up, hand in hand with the GCL-to-vCPU compiler, while vCPU was still evolving. As I’ll need a new compiler for the Arduino interface anyway, why not fix what can be fixed? So now here is a formal EBNF definition of the updated notation, or call it a language if you wish.

There is a great online visualizer that turns these grammars into easy-to-understand railroad diagrams. I’ve always liked these since studying the “Pascal User Manual and Report” in my first year at college. A webpage with all diagrams sits here on HaD. 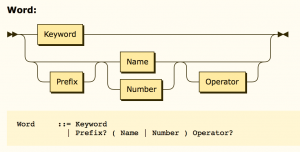 GCL will never look pretty, but it at least it isn’t Perl.

With great anticipation we received our last parts for the batch last week. Panic ensued when we discovered they were of the wrong type. Not a few, all of them… Did we place a wrong order? Frantic discussions with the supplier followed and yesterday it became clear: they messed up, apologised, and they are now sending us a new batch. We expect the total impact will be a two-week delay. Bummer, but at least we didn’t lose any money on a stupid mistake. 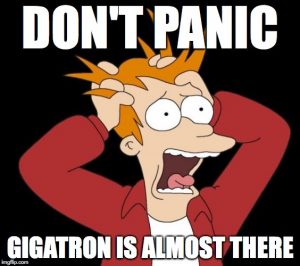 So please bear with us a little bit longer, soon you will be heating up your soldering iron! 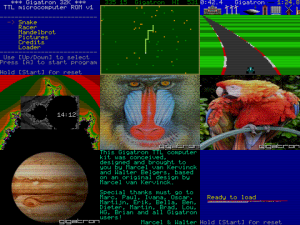 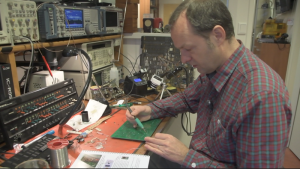 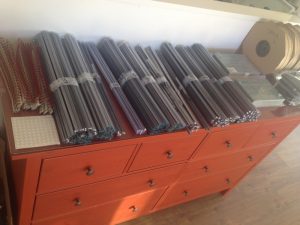 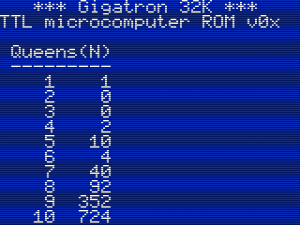